All combat must use approved safe boffer weapons and shields; or Nerf guns and darts that have not had their strength and speed modified. All melee weapons must be both swing and stab safe. See the Safety Guidelines for an in-depth guide to safety rules.

Headshots are not counted as hits with any melee weapon.

Minimal eye protection, such as sunglasses, must be worn on the battlefield.

Judges are the officials running the game. Follow all instructions from Judges while at the event. 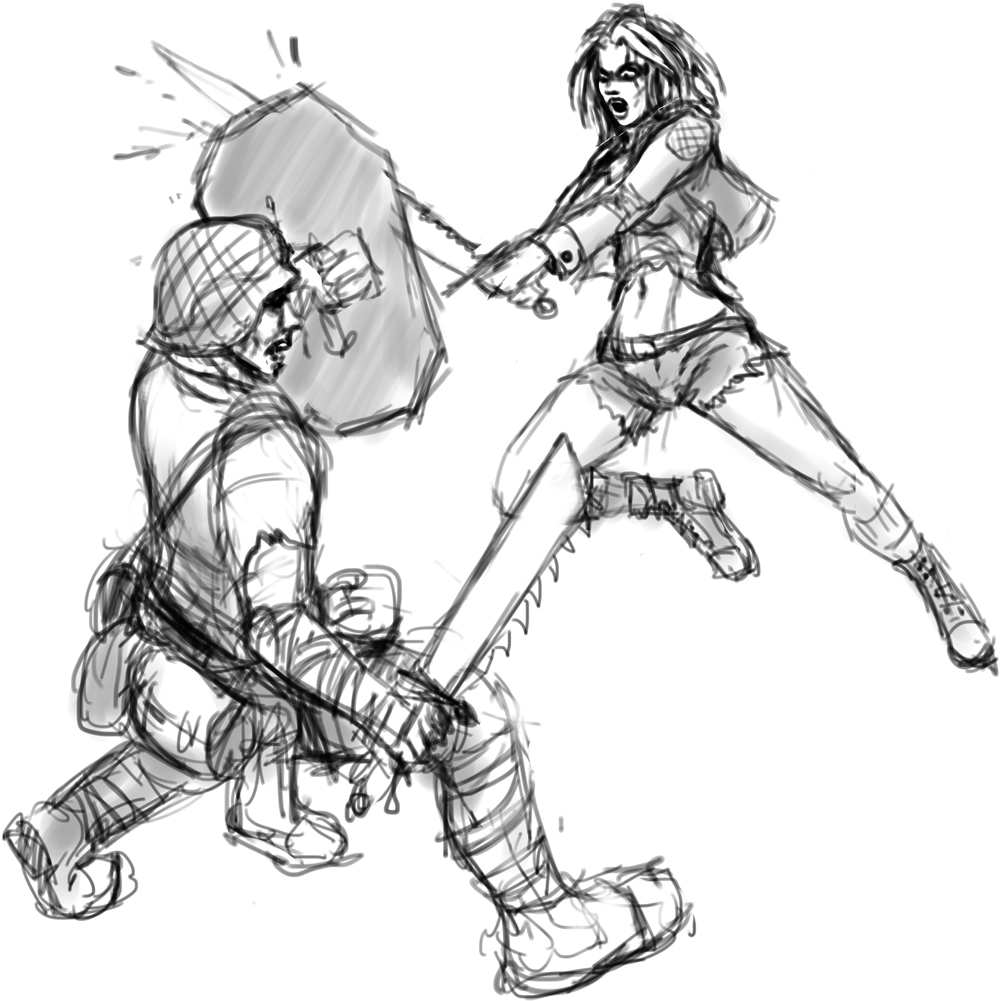 Wasteland Wars is divided up into battles. All abilities refresh at the beginning of a battle, and some items must be spent before a battle begins. The rules for battles vary – pay attention to the Referee’s instructions before each battle.

Strikes must be solid to count. This is mostly a matter of honor, but a good guideline is that a solid melee strike produces an audible noise or deflects more than 30 degrees. A solid bullet strike not arced more than 45 degrees; and is not a bounce or ricochet.  Molotovs are considered a solid strike so long as they are not a ricochet.

Flurrying is a succession of rapid melee hits made mainly with the wrist meant to drill through toughness. A flurry will only count as one hit, and only if they begin with a solid hit. As a guideline, flurries are two or more strikes made to the same location that do not have significant force, separated by roughly a half second or less.

A dart or Molotov that is deflected by a weapon breaks that weapon, with the exception of the Zerker’s unbreakable weapons. Melee strikes to a gun or bow break the gun or bow. Intentionally targeting guns or bows is not allowed – they are expensive.

A Molotov strike anywhere on the body except the head, or dart or melee strike to the torso “downs” the player.

A dart or melee strike to a limb disables that limb. Disabled arms cannot hold anything. Disable legs must be planted and not moved, or you can crawl on your knees as though you are cut off at the knee. If two limbs of your limbs are disabled, or a disabled arm is hit again, that is also a “down”.

When you are killed, declare “down” or similar loudly. You can also signify being downed by putting your hand to the top of your head.

Downed players must stay where they are until combat is over, and must kneel, sit or lie down. You can be restored by some powers. A restored character recovers from all wounds and has two seconds to get up and recover their weapons before they can be attacked and injured, or until they engage with an enemy or move more than a yard from where they were resurrected.

Downed players can be moved by two players moving at walking speed with their hands on either of their shoulders at all times.

Players who are downed by a Molotov cannot be restored.

Restored characters regain all their abilities but none of their equipment such as arrows, bullets and Molotovs are not restored. Ammo is precious, use it wisely.

A point of toughness absorbs one strike to any part of the body once per battle. Points of toughness can come from particular abilities, classes or items. Toughness cannot be traded or moved between characters. Toughness is refreshed if you are restored.

Bulletproof shields must be red, or have a red stripe across them (such as red tape).

You cannot use shields as a weapon or strike with them. A shield can be worn in any manner and remains functional as a shield unless destroyed.

A broken item – shield or weapon – cannot be used for the rest of a battle. All broken items are assumed to be fixed between battles. Fixers can repair broken items with their abilities.

Every combatant must be one of the four classes.

Every class has a loadout that is the total weapons and equipment they can carry and use at any time. They can pick up or trade other weapons on the field so long as they do not carry beyond their loadout.

Some classes have special abilities. They cannot be used by a downed player. The number of uses is listed with the character description. These uses are per battle, and are refreshed completely at the start of each battle.

Abilities can be refreshed. A refreshed ability is restored to the normal number for that class. It does not restore a number of uses if the initial number was increased by Special Items.

Wasteland Wars mugging is a great way to make steel. We encourage you to stay in character while mugging. It will make it more difficult to loot the wasteland, but there is plenty of loot to be had if you can fight your way past competitors.

1. Items and steel acquired outside of Bartertown must go into your mugging bag.
2. If someone doesn’t want to fight you, they don’t have to fight you. They can choose to just give you the contents of their mugging bag. If you don’t want to fight, and you have items or steel in your mugging bag, you have to give them to the first person to ask for them within 5 ft. Running away counts as fighting, because you are willing to get hit by the opponent.
3. If someone gives you their mugging bag so you can take it’s contents, you must return the mugging bag to them afterward.
4. Everyone enjoys role play, but be respectful. Don’t verbally harass people you don’t know with your role play. They may not be comfortable with that. You can always ask them real quick what level of role play they are comfortable with.