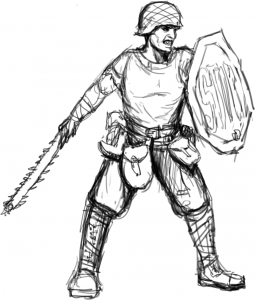 Warriors are the backbone of any gang war. Tough as nails, they are the workhorse of the fights for resources and turf in the wasteland.

If you want to hold the line or relentlessly push through, the warriors come out to play.

One bulletproof shield, up to two short melee weapons.

All warriors start with one level of toughness, stacking with any other toughness from costuming or special items.

A warrior that wears sufficiently restrictive armor that is heavy enough to affect speed, restricts movement or restricts vision, they gain an additional level of toughness. Whether something counts as Tank armor is determined by the Weapons Check judges. 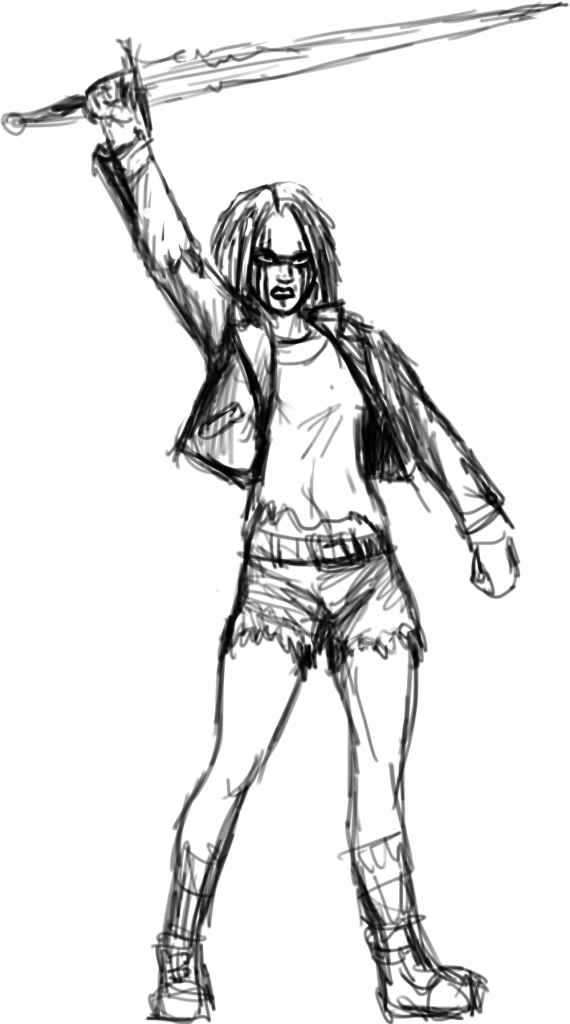 In the middle of every bloodbath, you’ll find a Zerker. Fierce and savage combatants, they can be almost unstoppable. Hard to kill and tough to fight, Zerkers break through the lines of other gangs and can destroy even the most hardened wasteland warriors.

Any melee weapons of any size.

No Pain, No Gain

Zerkers can use disabled limbs normally, though they still count towards becoming downed.

Zerkers’ weapons are unbreakable by bullets while they are using them, though they are still susceptible to the Molotov ability. See Batter Up below. They cannot use weapons that already broken.

Using a powerful weapon, a Zerker can swipe Molotovs out of the air. They cannot passively block, but must make a swinging strike at the Molotov. Molotovs knocked away in this way are ‘spent’ and further strikes do not count, much like a bounced or ricochet.

After a five second countdown, a Zerker can restore themselves by getting up and audibly screaming.

In the wasteland, there is the quick and the dead. And the gunners are the quickest there are. Fast with a gun, faster on their feet, gunners specialize in ranged attacks and skirmishes to wear down their foe. They have to be careful using their precious ammunition, though.

Two guns or a bow, 12 rounds of ammunition, one short weapon, 1 Molotov

A gunner can ignore a strike from a powerful weapon being swung two handed. calling DODGE.

Gunners may carry one Molotov at a time and use them, whether the Molotov is part of their own load-out or given to them by a Fixer.

The stealthiest fighters in the wasteland, they might also be trusted the least. They strike from the shadows with stealthy ranged weapons. A scoundrel doesn’t shy from killing, and will finish off a foe without hesitation. Although they are not trusted, scoundrels need work too, and their skills are in high demand.

Up to two short melee weapons, a buckler sized shield*, and ether a bow or a long melee weapon.

Walk up to any downed opponent, place a weapon on them, and say “finishing” then count to 3. That opponent cannot be restored.

A wasteland gang lives and dies by its fixers. They can fix both equipment and people, but they have to be fast and clever to survive in the gang wars. Smart gangs know if you take out their rival’s fixers, the fight is already won.

One short melee weapon, a single shot gun (you may only have one round in your weapon at a time), 6 rounds of ammunition, two Molotovs

Fixers may carry and use Molotovs.

Fixers can repair broken shields and weapons. They must take the broken item in both hands without holding a weapon while standing or kneeling; and call FIXING and count down five seconds. Being attacked or moving from place restarts this ability. If a Fixer is carrying a shield, any strike on it counts as a strike against one of the arms carrying it.

Fixers can refresh their restore and fix abilities if a supply point for their gang is on the battlefield. They must spend ten seconds within the supply point boundaries, counting down. If they are attacked or leave the supply point, this ability is reset.

Limits on how many resupplies can vary and is dependant on the battle game. Some supply points can only be used by certain groups, or have to be taken by the team to use. 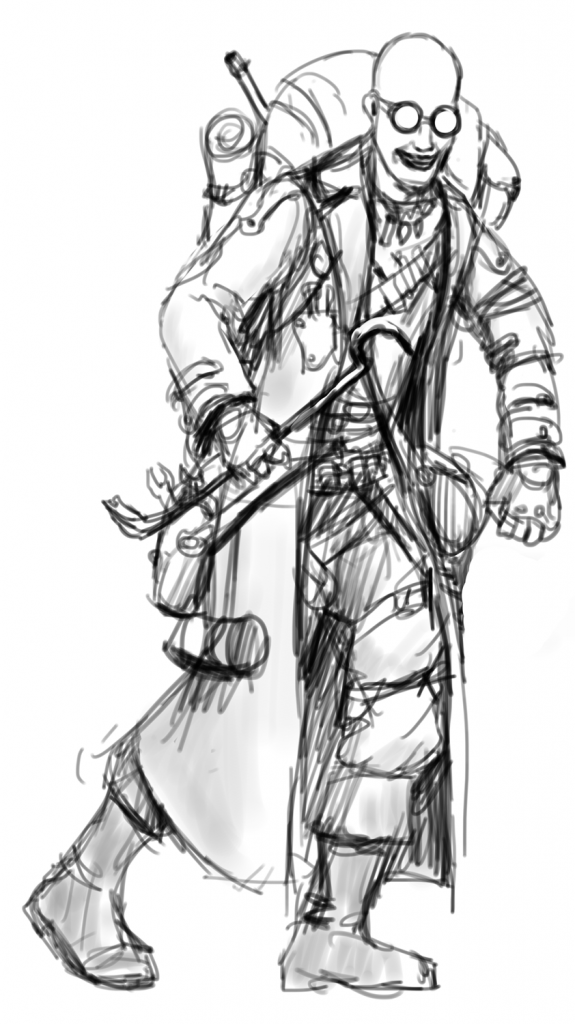 Even the Wasteland has its lowlifes and working stiffs. They scavenge the ruins of the old world, or the wreckage of new battles. They know how to stay out of harm’s way, and how to find the right shinies in the right places.

The Scavver is intended as a non-combatant class, for players who want to roleplay and deal with trading, gambling and other non-battle parts of Wasteland War.

Only dagger weapons, if they get into fights at all.

Scavvers receive extra scavenging cards and steel at sign in. Once every two hours during the day, they may draw a free scavenging card at no charge.

At the beginning of a quest, Scavvers can request additional information based on their knowledge of the wasteland about the troubles ahead. They may purchase scavenging cards for steel at a discount.

*Note, anyone in the wasteland can use dagger length weapons. They may carry as many as they want. Knives would be readily available in the wastes.